How Resveratrol Can Help Us Live Longer and Healthier 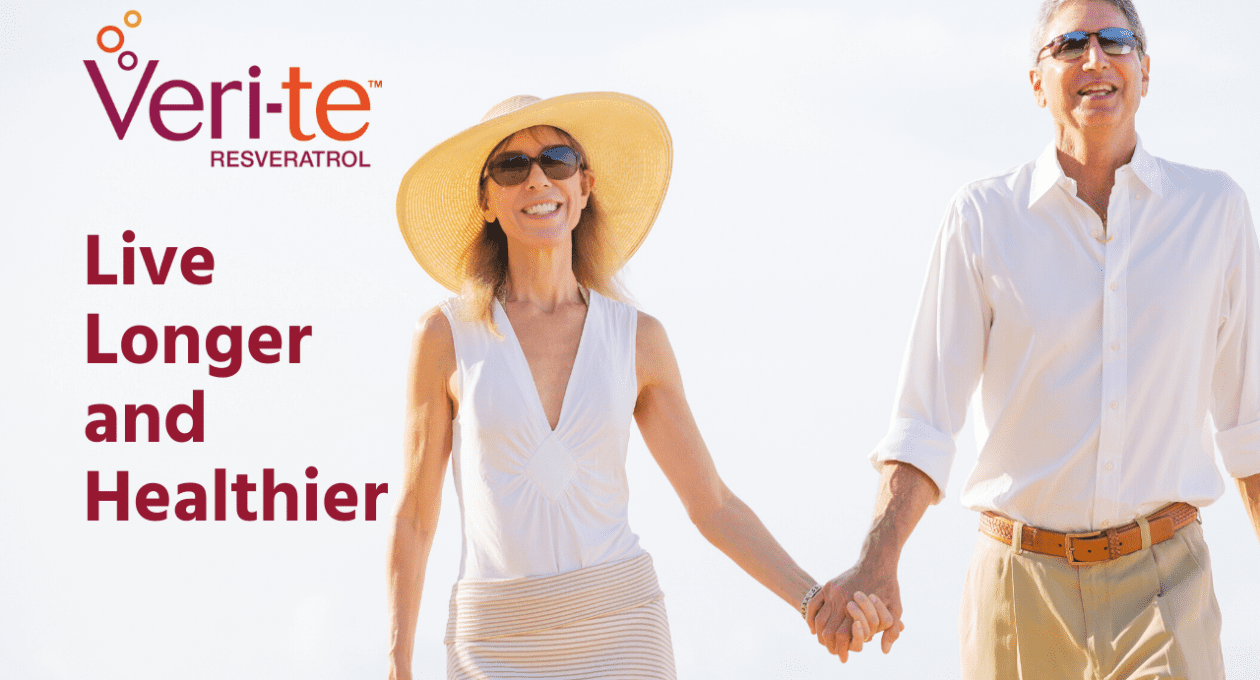 The search for the “Fountain of Youth” has been a topic of interest for humans for many centuries. Sirtuins are described as having many functions related to aging and age-related diseases, but the topic has risen in popularity due to the hypothesis of extending the human lifespan in many species.1 The latest research to make the spotlight reported that resveratrol and other dietary compounds which exhibit estrogen-like properties, can possibly reveal how they promote health benefits in humans.2 However, what most caught our attention was the author’s conclusions, which was that “less is better,” particularly for resveratrol. This raised some questions on the amount administered to humans to achieve a health benefit.

Resveratrol is the most potent dietary Sirtuin Activating Compound (STAC)

Sirtuin-1 is a protein encoded by the SIRT1 gene in humans, which is popularly referred to as the “Longevity Gene.” SIRT 1 activation is known for protecting against several metabolic and age-related diseases such as obesity, type 2 diabetes, cardiovascular and neurodegenerative diseases, cardiovascular, and metabolic syndrome and cognitive decline.2,3 Several phytochemicals have been identified as STACs and among those, resveratrol is considered to be the most potent SIRT1 activator identiﬁed to date.3,4

Dietary STACs are compounds that can potentially modulate sirtuin signaling through steroid receptors. By analyzing the sirtuin-dependent expression of SIRT1, estrogen-responsive gene, in cultures of human liver cells and then treated with different compounds including resveratrol, the author concluded that the mechanism underlying the activation of SIRT1 was due to the estrogen-like properties of these compounds.2

Resveratrol is reported as being a phytoestrogen due to its structural similarity to estrogen. For instance, as estrogen levels decrease after menopause, resveratrol has been associated with beneficial effects in postmenopausal women. In a previous blog (February, 2020) we have written about the link between resveratrol being a phytoestrogen and its benefits on cardiovascular health in women.5

Bayele (2020) further discussed that dietary STACs may modulate SIRT1 signaling through the estrogen receptors and therefore mimic estradiol. But one of the key messages from the study was that resveratrol elicited this estrogen-like effect only at low doses, while resveratrol seemed to reduce SIRT1 activation at high doses.2

At this point, it is important to recognize that the model used in the study was cell culture and therefore no potential effect of a combination of different metabolites was considered, which would probably be present in in vivo models. However, the author did evaluate one of resveratrol’s microbial metabolites (lunularin), as an isolated compound, and observed stronger effects than for resveratrol, indicating that the metabolites also contribute to the health benefits.2

You may have read that resveratrol has low bioavailability. In consumer’s and formulator’s minds, there is a hidden message that we need a higher dosage of resveratrol to achieve a health effect in humans. The idea that “more is better” has led many scientists to develop strategies to increase resveratrol’s absorption to ensure health benefits.

However, Bayele (2020) has debunked this concept as the author reported the effects of resveratrol and one of its main microbial metabolites (lunularin) as being effective on activating SIRT1 only at low doses. The researcher observed that high doses of resveratrol would not trigger the same beneficial effects.2

Bioefficacy of resveratrol beyond its antioxidant capacity

Resveratrol has been reported as providing benefits to several age-related health conditions such as cognitive impairment by acting as antioxidant, anti-inflammatory, SIRT1 activator as well as by increasing cerebral blood flow and improvements in the plasticity of synaptic pathways.6,7

Very recently, Thaung Zaw et al. (2020) published the positive results on cognitive health for postmenopausal women taking low daily doses of Veri-te™ resveratrol for 12 months. The authors concluded that this long-term study supports the evidence that low daily doses of resveratrol can enhance cognitive and cerebrovascular functions and particularly slow down the cognitive decline observed after menopause.8 This is a quite promising discovery, as it is well documented that a healthier mind can support a longer life.

At Evolva, we continue to evaluate and contribute to the growing body of scientific evidence from human clinical studies to bring facts to our consumers around the science of resveratrol.

Please note this review is intended for commercial use only.