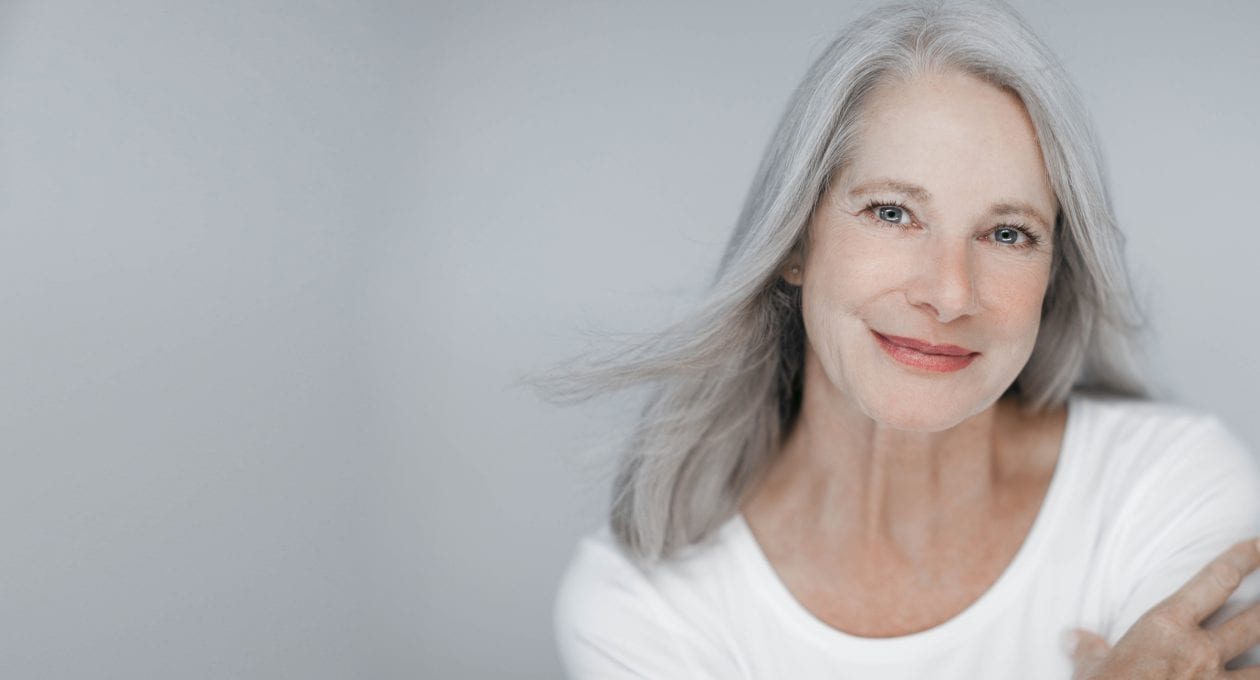 A Closer Look at Clinical Research

With increasing life expectancy, it is estimated that the menopause period will occupy one third of a woman’s life. It is well described that aging brings its own challenges to one’s health, but menopause usually adds an additional burden to women’s lives as they experience not only a new biological state but also a psychosocial change. Hot flashes, insomnia, mood swings, weight gain, and increased sensitivity to pain are just few of the common complaints among women during menopause. Although symptoms vary among women, one thing is certain: these symptoms do affect women’s quality of life. Can supplementation offer relief in some of these symptoms? In this article we will discuss the results of the latest publication assessing the effects of resveratrol supplementation on the quality of life of 120 women enrolled in the RESHAW Study. The results of this study shed light into the possibility for postmenopausal women to improve their quality of life.

First of all, what is quality of life?

According to the WHO, quality of life is the “individuals’ perceptions of their position in life in the context of the culture and value systems in which they live and in relation to their goals, expectations, standards and concerns”.1

But we can all agree that, regardless of culture, not being able to sleep properly, having mood swings and feeling pain can affect our quality of life and the way we enjoy it. Many authors have reported that quality of life tends to decline as a consequence of the above-described symptoms and that there is an urgent need to investigate how to better support women during menopause.2 So, what happens to women when they get to menopause and why do so many of these symptoms appear?

Is menopause a synonym of decline?

Not at all. Menopause is a normal physiological process and part of the aging process in women and is defined by the decrease of hormonal levels (particularly estrogen and progesterone) usually between the ages of 45 and 55 years. The lower levels of these hormones lead to several somatic, vasomotor, sexual, and psychological symptoms that ultimately affect the overall women’s quality of life.3 The term postmenopause describes women who have not experienced any menstrual flow for at least 12 months, assuming that they still have a uterus, and are not pregnant or lactating.4

Overall, menopause is described in the literature as having a negative impact on women’s quality of life mainly due to problems related to sleep disturbance, mood swings, hot flashes, night sweats and increased sensitivity to pain.3 For instance, previous studies have reported the prevalence of sleep disturbance in postmenopausal women to be significantly higher (55%) than in men (35%) of the same age (from 28% to 63%).5 Other studies suggest that mood swings observed in postmenopausal women could result from sleep disorders caused by hot flashes or night sweats that take place during sleep.6

Currently, there are still no specific and highly efficient medical interventions to alleviate these symptoms. Nevertheless, there is substantial evidence that phytoestrogens (such as trans-resveratrol) and their derivatives have the potential to address several conditions associated with menopause.7

Can resveratrol supplementation support a better quality of life for postmenopausal women?

Wong et al.8 reported significant reduction in pain and an improvement in total well-being after resveratrol supplementation in postmenopausal women. This short-term study (14 weeks) was the first indication that resveratrol supplementation could benefit postmenopausal women regarding their quality of life and therefore serve as the basis for the design of a much larger clinical study – RESHAW.

RESHAW (Resveratrol for Healthy Ageing in Women) is the largest and longest clinical study investigating the effects of resveratrol supplementation in healthy populations. The study was conducted at the University of Newcastle in Australia and led by Professor Peter Howe, Dr. Rachel Wong and Jay Jay Thaung Zaw. The participants in the study were healthy postmenopausal women (n= 125) who received daily dosages of Veri-teTM resveratrol (2 x 75 mg) for a total period of 12 months. Results of this study have been published in peer-reviewed journals and reported in 4 separate articles.

The latest article of the series to be published is related to the effects of Veri-teTM resveratrol supplementation on several parameters related to quality of life and well-being such as pain perception, menopausal symptoms, mood and sleep quality.9

The authors reported significant effects of daily resveratrol supplementation, particularly related to the overall perception of pain in which they observed a reduction of 38% when compared to the placebo group. Additionally, depressive symptoms and sleep disturbance tended to be lower in the resveratrol group.9

Overall well-being improved significantly with daily resveratrol supplementation. One important aspect that the authors highlighted is that these improvements could be correlated to the improvement in circulatory function, which is well-described in the literature as being decreased in postmenopausal women and probably one of the causes of the numerous disturbances observed in this period. Another important observation from the study is that the benefits were observed even in older women who were long-term postmenopausal.9

In summary, the RESHAW study highlights the science-based evidence that daily resveratrol supplementation can support postmenopausal women by helping them to improve their quality of life. This demonstrates a viable option for postmenopausal women to support their overall well-being.

Can we change the way we look into menopause?

Not only can we change our view of menopause, but I would say we should do it. Quality of life is a multidimensional concept that has been used in different fields of knowledge including sociology, politics, marketing, climate, and health care.3 Research has shown that in general western women have a good perception of the menopause, whereas in the Middle East, for instance, it is perceived as a decline.3 However, societies and our knowledge are constantly evolving and we know that diet, exercise and having an active social life also improves our mental health.

In conclusion, the evidence reported by the RESHAW study shows that daily supplementation with resveratrol can be considered as a key strategy for the improvement of menopause-related symptoms and, ultimately, women’s quality of life. At Evolva we focus our efforts on bringing science-based evidence to support the use of ingredients that contribute to human wellbeing by collaborating in clinical studies with key opinion leaders in many areas including women’s health. As for resveratrol, it is our commitment to improve the science with high-quality clinical studies and demonstrate a more holistic approach to the way we see and discuss topics.