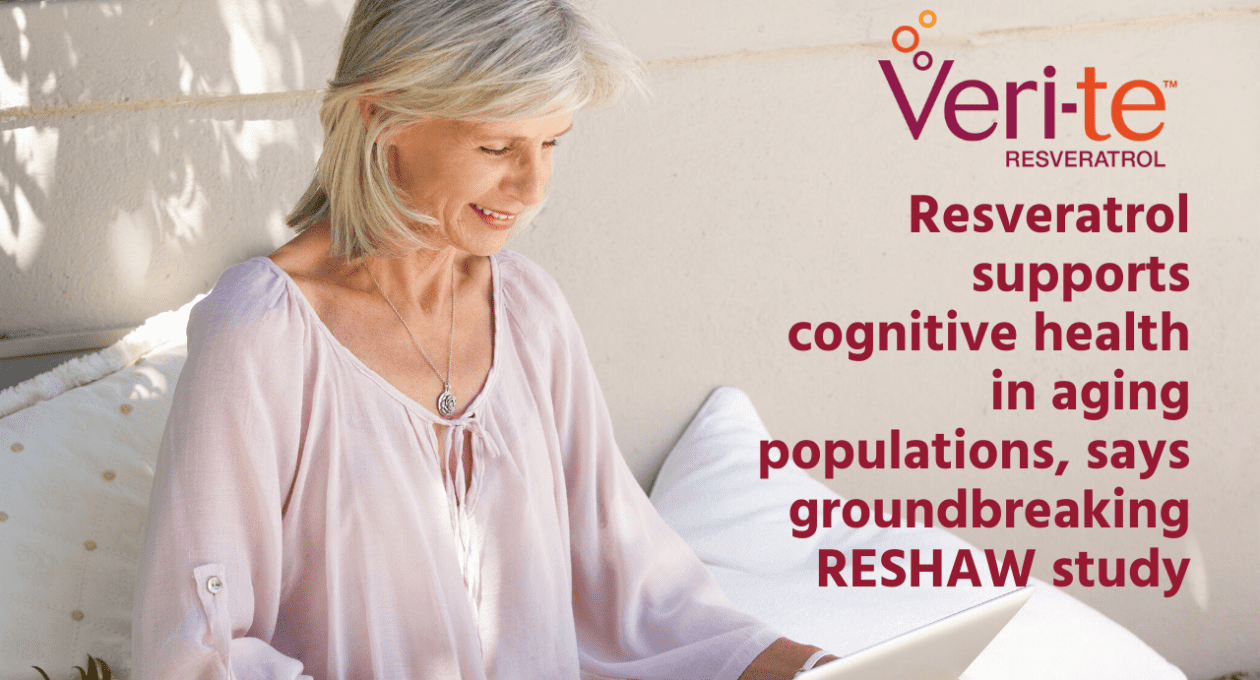 09 Apr 2020 — Evolva (Reinach, Switzerland) has announced the first published findings1 from the Resveratrol Supporting Healthy Aging in Women (RESHAW) clinical study, conducted by the University of Newcastle in Australia and funded by the country’s National Health and Medical Research Council. This two-year clinical trial is the largest and longest-running trial of its kind, investigating the impact of Evolva’s branded Veri-te resveratrol on cognitive performance. Interim results were announced at SupplySide West 2019.

In the double-blind, placebo-controlled crossover design, 125 post-menopausal women were assigned to either receive 75 mg of resveratrol or placebo twice daily for 12 months, then switched interventions for the next 12 months. Results showed performance on Pattern Comparison Speed tests improved in the resveratrol group, compared to placebo, which the researchers believe is due to the significant improvements in two cognitive domains, processing speed and cognitive flexibility. Both of these domains are part of executive function, requiring speed, perceptual reasoning, and accuracy to accomplish tasks. Executive function declines with age, with processing speed and cognitive flexibility being among the first cognitive changes reported in healthy older adults.