Resveratrol’s Benefit From Mouth to Heart 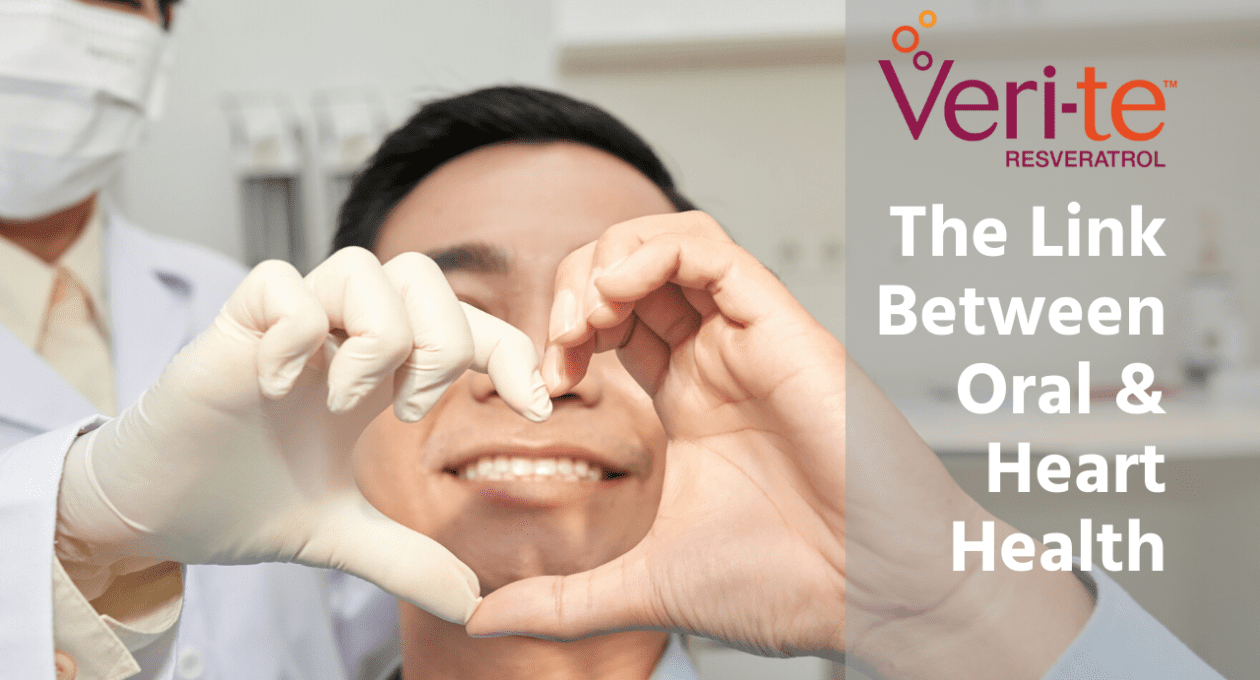 Is there a link between oral health and heart health?

The scenario for the two diseases is of ultimate public health importance. Cardiovascular diseases (CVD) are the current leading global cause of death, with estimated numbers reaching 23.6 million deaths by 2030.2 Hypertension is the most prevalent of all CVD, and it accounts for more than 50% of deaths from stroke.2 Moreover, hypertension is considered a silent killer, and despite available treatments, the condition remains poorly controlled.

Periodontitis is a disease caused by many factors such as unbalanced oral microbiota, genetics, smoking, alcohol use, diet, diabetes, stress, and impaired immune response. It is estimated that 50% of the world population is affected by periodontitis.3 Periodontitis leads to dental loss and significantly affects one’s quality of life.4

How is oral health correlated to heart health?

What is the mechanism involved?

Several studies have reported that the mechanism involved is through hypertension, causing microcirculatory changes in the gingival tissue leading to increased inflammation and/or alteration in the composition of the oral microbiota. A recent publication reported the pro-inflammatory cytokine, interleukin (IL)-1β, which is elevated in periodontitis, as the possible causal link between periodontitis and systemic diseases such as CVD.8 Additionally, the role of ROS (Reactive Oxygen Species) has been established in the pathogenesis of periodontitis.9 It is well characterized that enhanced production of ROS by leukocytes and inflammatory cells in periodontitis results in tissue damage.

Resveratrol is reported as having very high antioxidant potential besides effects as anti-inflammatory and cardioprotective.10 For some other authors, resveratrol represents a great potential as adjuvant therapy for periodontal diseases; for instance, resveratrol is capable of reducing IL-1β and bone loss in animal models of experimental periodontitis.8 Andrade et al.11 performed a systematic review of the potential effect of resveratrol in controlling the progression of periodontal disease in preclinical studies. These authors concluded that resveratrol treatment prevented periodontitis progression, probably due to the modulation of both oxidative stress and inflammatory profile.

At present, clinical studies evaluating the effects of resveratrol supplementation simultaneously on periodontitis and hypertension are still scarce. Evolva is continuously investing in human clinical studies to provide our customers with science-based evidence for resveratrol supplementation in many areas, including oral health and cardiovascular health.